Livery produced by Andy, I posted it on TSC
The 185 544-4 was rent to DB RBH Logistic from MRCE until 2008. The 185 544-4 carried the MRCE Livery with extra RBH logo at cab and side. 185 544-4 involved in The 2008 Dillenburg Train Collision (Click link to see the full story).
The 185 544-4 (we call it RBH 185 below) was hauling 20x 4axles tankers, loaded with petroleum distillate
The 152 161 (call as DB 152), owned by Railion, was hauling 682m of 106 brand new Porsche, 82m longer than the usual German Freight.
DB 152 stop short at the siding length 714m with 110m away from signal, meaning the rear was still in the junction while the Points Guard on site, without checking physically, assumed the train was cleared from points judging by the report of Signal System.
Point Guard misinformed the Signaller, who then set route for RBH 185.
RBH 185 visually witnessed the Junction at danger, but was unable to stop due to the poor visibility in midnight preventing him to react withint brake distance.
The RBH ended the rent with MRCE after the accident. MRCE, after 2 years of repariment, managed to bring 185 544-4 online again at 2010. It carried the MRCE livery from then. 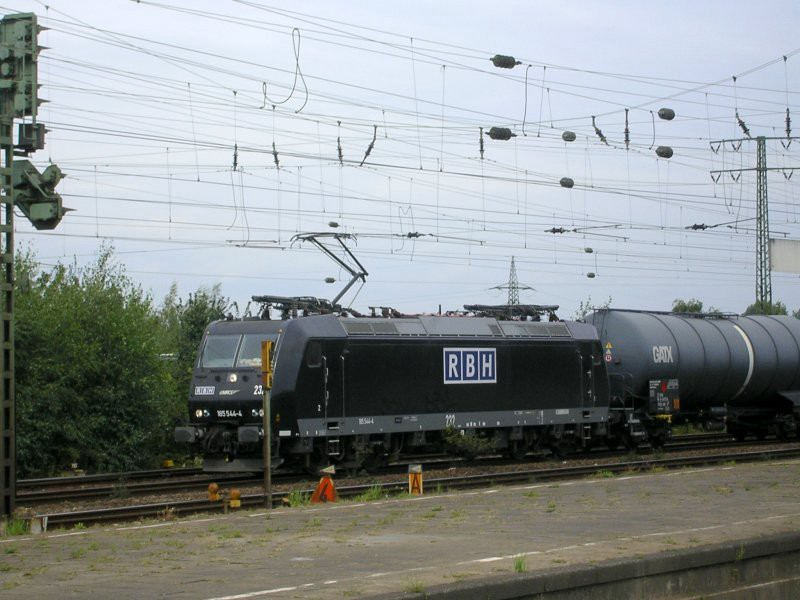 Scenario for Train Sim World 2 · by KCRCRailway · 22 days ago

Reskin for Train Sim World 2 · by KCRCRailway · 23 days ago