Keretapi Tanah Melayu(KTMB, Malayan Railway Limited hold it's current name since 1962, inheritated the Malaysia Penisular's major railway system that could trace back when the British invaded and colonized the locals.
KTM faced shortage of shunters in 1980. Meanwhile EMD GMhas a single prototype named GT18LC-2 that sit in Ontario as the Eygpt cancelled the order. KTM acquired this prototype with another 11 produced, forming the 12-locomotive Class 25/1, which happened, strangly, in 1990, over 10 years later after that prototype was completed.
KTM was satisfied with the locomotive's reliability and, after another 12 years, decided to introduce another 5 GT18LC-2, forming the Class 25/2. They arrived in 2002.
25202 has a name plate named 'Delima' and likely belongs to Class 25/2.
The belt's colour are likely from the Malaysian Flag. 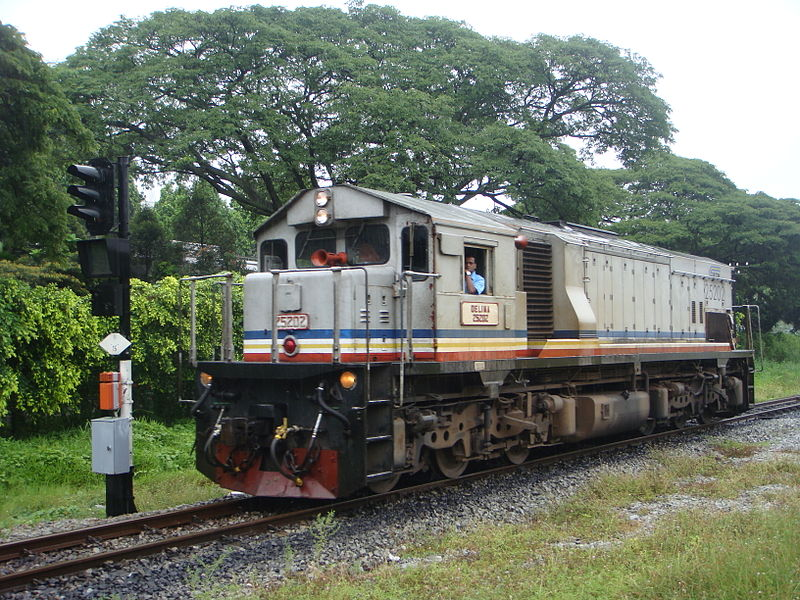 Scenario for Train Sim World 2 · by KCRCRailway · 22 days ago

Reskin for Train Sim World 2 · by KCRCRailway · 23 days ago

Reskin for Train Sim World 2 · by KCRCRailway · 25 days ago