A Norfolk Southern "unibrow" livery for the General Electric AC4400CW. Given the reference material I could find, as well as abiding by the limits of the editor, this is as realistic a paint scheme and texture I could do for the modern Norfolk Southern paint scheme given there isn't an editable model with the numberboards and lights up high like their ES-44DC/ACs; any feedback or critiques are more than appreciated : )

In 1982, following the merger of Norfolk and Western, and the Southern Railway, the company Norfolk Southern was created. The first livery made and used was the 'Thoroughbred' livery - the whole locomotive was painted black and had white stripes with the horse logo in the middle on both the front and rear, the side was adorned with the slanted NS symbol. Later, in roughly 2003, the side NS symbol was updated to include the iconic horsehead logo, as well as a white "unibrow" stripe was painted above where the numberboards and lights are, and is the current official paint scheme of the Norfolk Southern Company 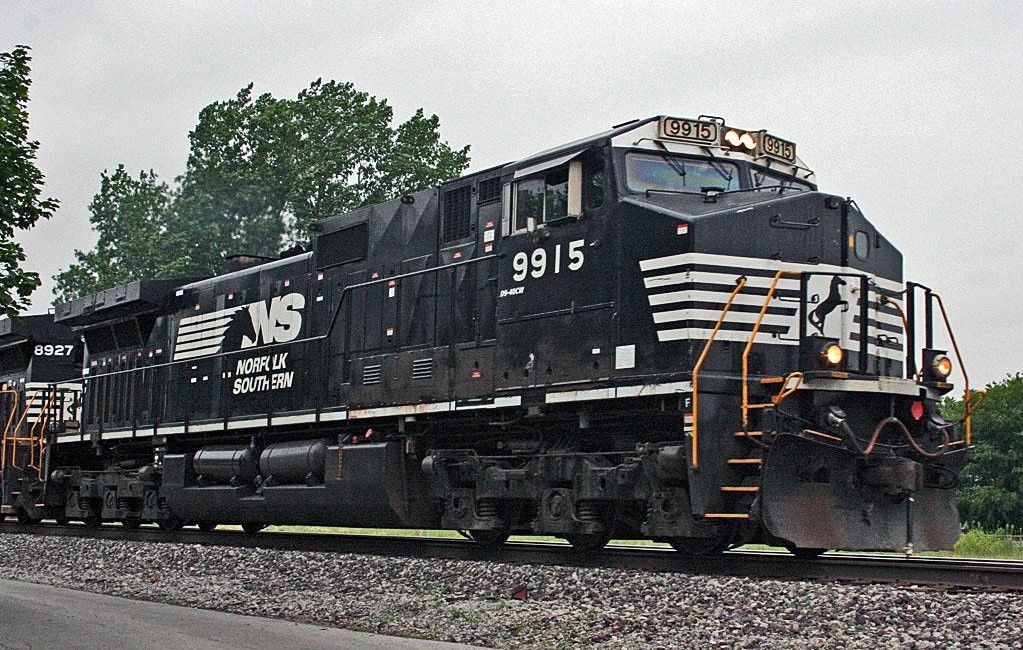 Install using the TSW2 Livery Manager by RagingLighting and follow the necessary steps to install and setup the program before continuing. 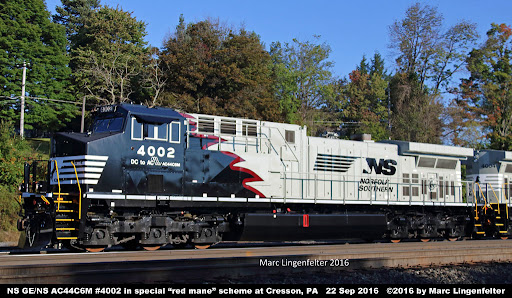 do this and all of them, but this forst (if you want)